Throughout May and June 2020 Gasworks presents a second series of online screenings of artist films commissioned for our exhibitions programme over the last few years. Featuring works by Beatriz Santiago Muñoz, Patricia Domínguez, and Mathieu Kleyebe Abonnenc, each piece is available to stream on Gasworks’ website for two weeks and is accompanied by interviews with the artists, texts and reviews.

Often documenting her interactions with specific individuals and communities, Beatriz Santiago Muñoz's films and videos focus on how social relations are embodied in particular places and gestures. Drawing from anthropology and experimental theatre, the artist develops her work together with the people she portrays, using performance and re-enactment as strategies for self-representation.

La Cueva Negra (2013) concentrates on the Paso del Indio, an indigenous burial site that was discovered over twenty years ago during the construction of a highway. Informed by interviews with the archaeologists and labourers that worked on the excavation, as well as regular interactions with a couple of local boys now living there, this video unravels the material and symbolic history of the site through first-hand accounts, performance and play. In this way, Santiago builds an experimental cosmogony from the layers of trash, the graffiti, the expressway, the karst bedrock, the traces of previous inhabitants’ worldviews, and the impressions of the people living there now.

Farmacopea (16mm film, 2013), on the other hand, looks at how the Puerto Rican landscape has been transformed and de-historicised by tourism and the service industry. The film focuses on particular plant species, such as the Hippomane mancinella (or Manchineel tree), also known as ‘the little apple of death’. This is one of the most toxic plants in the world and indigenous communities are said to have once used its sap to poison their arrow tips. In more recent years however, the Puerto Rican government has sought to eradicate it, greatly transforming the ecology of coastal areas. With Farmacopea, Santiago explores how this desire to render the landscape harmless contributes to the self-image that Puerto Rico wilfully promotes: an idyllic, tropical Caribbean island that somehow stands outside of history and politics.

These films were originally shown as part of Santiago Muñoz’s Gasworks exhibition The Black Cave in 2013. Read more

Read an article featuring these works on Frieze Magazine and an interview with the artist on Sculpture blog.

Beatriz Santiago Muñoz (b.1972, Puerto Rico) is an artist and filmmaker based in San Juan. Her films arise from long periods of observation and research to explore the social and political conditions of her native Puerto Rico and the Caribbean. Her recent solo exhibitions have been held at El Museo del Barrio (2017), New Museum, New York (2016); Pérez Art Museum Miami (2016); Sala de Arte Público Siqueiros, Mexico City (2014); and Gasworks, London (2013). In 2017 she participated in the Whitney Biennial. She has been awarded the Creative Capital Visual Art Award (2015) and the Louis Comfort Tiffany Foundation Award (2017). Santiago Muñoz is also a cofounder of Beta-Local, an arts organization in San Juan, Puerto Rico, and Director of Sessions, a series of experimental seminars anchored in the specific geography and emerging art practices of Puerto Rico. 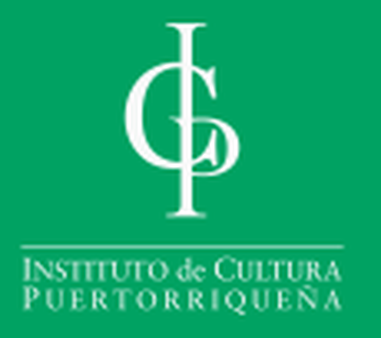