Throughout April and May 2020 Gasworks presents a series of online screenings of artist films commissioned for our exhibitions programme over the last few years. Featuring works by Monira Al Qadiri, Louis Henderson & Filipa César, and Maryam Jafri, each piece will be available to stream on Gasworks’ website for one week and is accompanied by interviews with the artists, audio lectures and reviews.

The first presentation of this series comprises two works by Monira Al Qadiri, her short film The Craft, and sound installation The End, (both 2017). These science fiction video and audio works reference the artist’s childhood in Kuwait. Revisiting the fantasies that she and her sister elaborated during these early years, Al Qadiri depicts the culture and rituals of diplomacy in which they grew up. In the work, their otherworldly depictions become a somehow humorous way to understand the more recent rise of nationalism and political populism.

VHS video The Craft, asks: “Were my parents conspiring with aliens behind my back?” Reality crumbles, paranoia and speculation take hold. Pop culture, futuristic architecture, junk food, dream readings, alien abductions, geopolitics, diplomacy, war and peace: all of these once solid staples of modern life become tainted by a general sense of distrust, which overshadows everything. Like a ticking time bomb placed at the centre of the nuclear family unit, suspicion reaches a crescendo when the protagonist discovers that the ‘American Century’ has finally ended.

The End is a sound piece shown in a mysterious, pitch black room featuring only a styrofoam burger levitating in the air and slowly rotating above a point. The audio accompanying the burger featured the artist's voice, which is altered, deepened to sound like a man, reading from The Kuwait Urbanisation (1964), a book by architect and urban planner Saba George Shiber.

‘The 1960s was the high summer of American cultural expansion in the third world, and also the arrival of modernity and statehood in my native Kuwait. So far, this is the only accurate text I have found that likens the arrival of modernity to an alien invasion. Ultra-futuristic modern architecture in Kuwait always triggered subconscious images of spaceships and other galaxies, appearing in our dreams at night.’

These works were the key elements of the artists' 2017 exhibition at Gasworks, also titled The Craft. READ MORE

Co-commissioned by Gasworks and the Sursock Museum, Beirut with support from Shubbak: A Window on Contemporary Arab Culture (2017); Cockayne—Grants for the Arts and the London Community Foundation; and Exhibition Programme Supporter 2017-18, Catherine Petitgas.

Read an interview with Monira Al Qadiri on The Quietus, a profile of the artist in Frieze's Portfolio section, a review of the exhibition in MAP Magazine and also Trebuchet Magazine, and scroll down for PDFs of reviews from Text Zer Kunst and Artforum.

Monira has generously created a limited edition print exclusively for us, which is available in Gasworks' Shop. The screen print entitled Conspirational Memories, is an edition of 30 (with 5 artist proofs) and is available exclusively from Gasworks.

Works by Monira Al Qadiri. Louis Henderson & Filipa César, and Maryam Jafri will be available to stream on Gasworks’ website for one week. Each screening and is accompanied by interviews with the artists, audio lectures and reviews. More 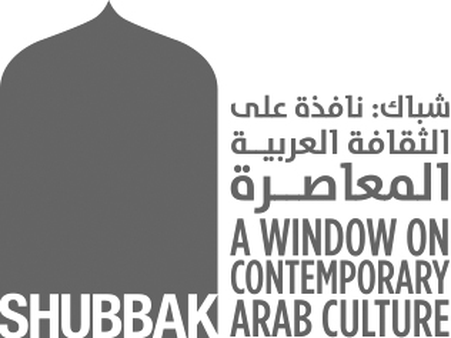