Gasworks presents Op-Film: An Archaeology of Optics, a collaborative exhibition by artists and filmmakers Filipa César and Louis Henderson.

The exhibition comprises a newly commissioned film and installation based on ongoing research that explores how optical technologies of military and colonial design – from lighthouse Fresnel lenses to global satellite navigation systems – both inform and are informed by Western models of knowledge. Taking a critical approach to the ideologies behind the development of these instruments of guidance and surveillance, the artists consider how imperial gestures of discovery, revelation and possession are embedded in associations between seeing and understanding, light projection and enlightenment.

The film tracks Fresnel lenses from their site of production to their exhibition in a museum of lighthouses and navigational devices. It also examines the diverse social contexts in which optics are implicated, contrasting the system of triangular trade that followed the first European arrivals in the 'New World' with the political potential seen in Op art in post-revolutionary Cuba. Incorporating 16mm celluloid images, digital desktop captures and 3D CGI, the film also maps a technological trajectory: from historical methods of optical navigation to new algorithms of locating, from singular projection to multi-perspectival satellitic visions. Registering these technical advances progressively through their film’s materials and means of production, the artists develop what they describe as “a cinema of affect, a cinema of experience - an Op-Film.”

Alongside this work, an installation collages together key documentary materials that underpin their research to date, including archival images, oceanic charts, lighthouse blueprints, lights and fragments of Fresnel lenses. Approaching the exhibition as a platform for ongoing research, the artists are also working with Gasworks to organise a series of public events, including talks, screenings and workshops, encouraging audiences and peers to participate in the future development of their work.

Filipa César is an artist and filmmaker interested in the fictional aspects of the documentary, the porous borders between cinema and its reception, and the politics and poetics inherent to moving image. Her work takes media as a means to expand or expose counter narratives of resistance to historicism. Since 2011, César has been looking into the origins of cinema in Guinea-Bissau as part of the African Liberation Movement. Selected exhibitions and screenings have taken place at: 29th São Paulo Biennial, 2010; Manifesta 8, Cartagena, 2010; Haus der Kulturen der Welt, Berlin, 2011–15; Jeu de Paume, Paris, 2012; Kunstwerke, Berlin, 2013; SAAVY Contemporary, Berlin 2014–15; Futura, Prague 2015; Tensta konsthall, Spånga, 2015; and Mumok, Vienna, 2016.

Louis Henderson is an artist and filmmaker whose works investigate connections between colonialism, technology, capitalism and history. His research seeks to formulate an archaeological method within film practice reflecting on animistic materialism. Henderson has shown his work at places such as: Rotterdam International Film Festival, Doc Lisboa, CPH:DOX, New York Film Festival, The Contour Biennial, The Kiev Biennial, The Centre Pompidou, SAVVY Contemporary, The Gene Siskell Film Centre and Tate Britain. In 2015 he was the recipient of the Barbara Aronofsky Latham Award for Emerging Video Artist at the 53rd Ann Arbor Film Festival, USA, and a European Short Film Award—New Horizons International Film Festival, Wroclaw, Poland. His work is distributed by LUX (UK) and Video Data Bank (USA).

Gasworks presents Refracted Spaces, a research seminar convened by Filipa César and Louis Henderson. The event situates the work presented in their exhibition at Gasworks in a wider context, incorporating the critical perspectives and practices of various other thinkers, researchers and artists. More 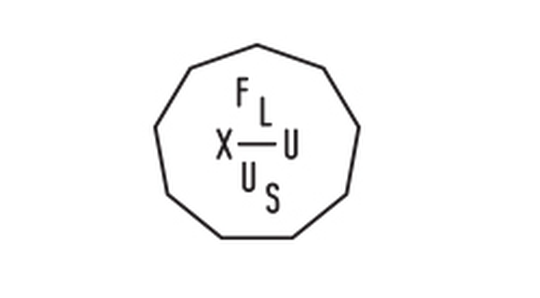