InnerSwell is a project by artists Laima Layton and Lexy Morvaridi, developed as a series of collaborations with people living in the vicinity of Gasworks. The project explores memory and sound and is inspired by Deep Listening, a process of 'listening to learn'.

Through the creation of an environment where ideas and stories can be formed and shared through discussion, crafting, collecting and generating sound, InnerSwell offers an accessible experience of the creative process, allowing participants to develop their own practice and build personal narratives through the medium of sound. 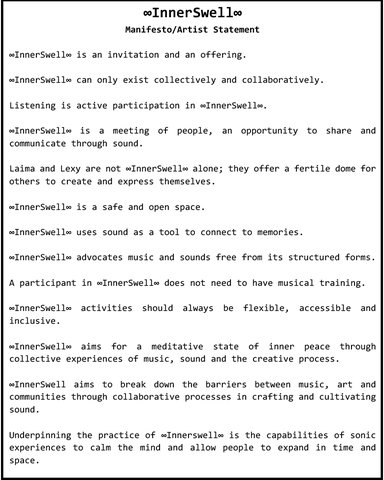 Rooted in the São Paulo contemporary art scene, Laima Leyton’s credentials in the world of music are firmly established as one half of Mixhell alongside her husband, Iggor Cavalera, and for her work with Soulwax. Her last work, ‘Home’, is a conceptual double album released by DEEWEE in collaboration with The Vinyl Factory that revolves around routine, power, life and death. She has performed her music in people’s homes, creating intimate spaces for audiences to reflect upon themselves. In 2021, Laima will explore opportunities where the audience can experience sound as a reflective and healing tool.

With Richard Saltoun Gallery, Laima draws on her multifaceted identity as a producer, musician, activist, artist, mother and teacher to create eight unique sound pieces to accompany the programme  ‘On Hannah Arendt: Eight Proposals for Exhibitions’, engaging with themes of Infinite Past, Infinite Future and Now, Culture and Nature, Lack of Truth, and Spiritual Science.

Lexy Morvaridi is passionately involved in the UK’s independent, DIY music sector, having worked in various roles as well as grassroots projects and activism; he has an MA in Cultural and Creative studies from Kings College London and currently programs the contemporary music at Southbank Centre. As a British-Turkish-Iranian artist he works across various sound art and music projects that explore the themes of agency and identity. As a curator and producer he has developed various projects including co-founding the Total Refreshment Centre Record Label, producing an Arts Council Funded collaborative album and corresponding youth engagement project inspired by the work of Jean-Michel Basquiat, Untitled (18 Artists), released through the cultural platform/label co-founded with his brother, Lonely Table.

Participation artists in residence Laima Leyton and Lexy Morvaridi used a residency studio throughout the summer to work on InnerSwell. Developed as a series of collaborations with people living in the vicinity of Gasworks, the … More

Laima Leyton & Lexy Morvaridi lead a live re-scoring of the films in Bassam Al-Sabah's exhibition I AM ERROR.  More 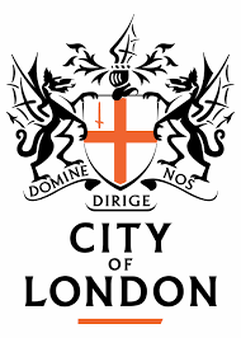