Renata Molinari works across painting, performance and sculpture to explore the life of objects. She often works with discarded or hoarded materials which are rendered as social and geographical markers of the location in which they were found. In her work, objects are invested with the capacity for action, memory and consciousness, and blur the borders and hierarchies of what is considered a rightful being.

During her residency at Gasworks, Molinari has continued a project based around objects fabricated with or related to human hair, with a specific focus on the tradition of Victorian mourning jewellery. Her work considers the body as a farm and bodily extractivism, as well as the potential of affective relationships with the deceased.

Photos of Renata Molinari's studio and works in progress taken during her residency: 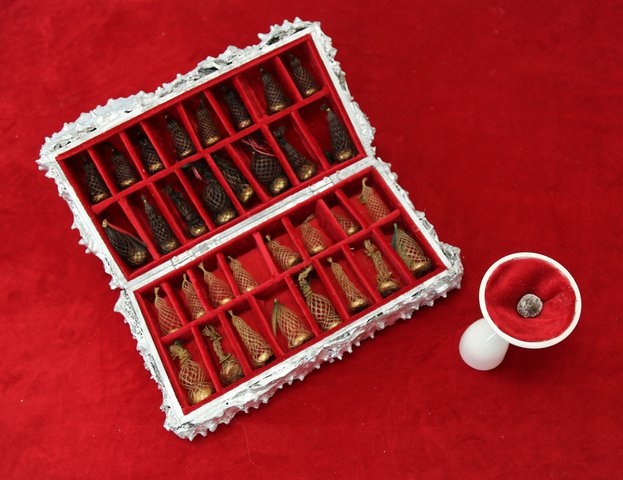 Renata Molinari lives and works in Buenos Aires. She studied Physics in the UBA for two years and later gained a BFA from the UNA. She participated in UTDT’s XI Artists’ Program.

Renata Molinari’s residency is supported by Erica Roberts and hosted in the Roberts Residency Studio. The residency is developed in partnership with URRA, in alliance with arteBA Argentina.

Get to know our artists in residence. Visit their studios and hear about the research and work-in-progress developed during their residencies. More